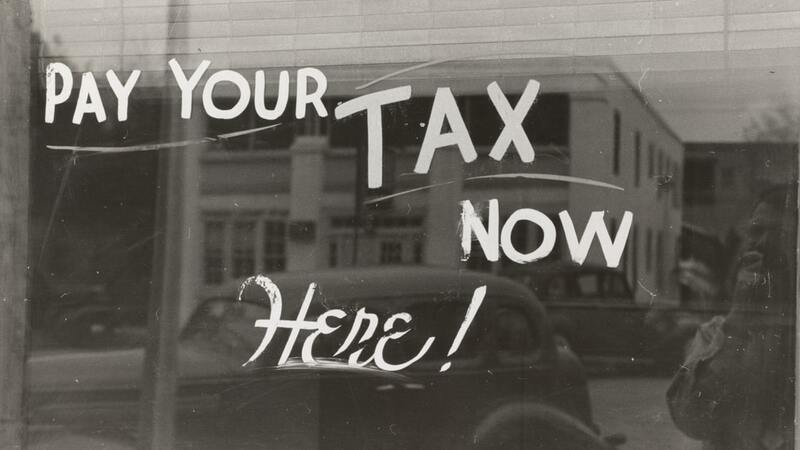 tax by The New York Public Library is licensed under unsplash.com
“We cannot continue to rely on our military in order to achieve the national security objectives we’ve set. We’ve got to have a civilian national security force that’s just as powerful, just as strong, just as well-funded.” -Barack Hussein Obama, July 2008

Let’s cut to the chase right from the start:

The United States government is lying through its teeth about the role of its massive new army of 87,000 seek-and-destroy, IRS gun-toting tax code enforcement agents.

So that you are fully prepared to get out of the country immediately – if not sooner – in order to elude the coming armed audit assault upon innocent, unsuspecting and defenseless citizens.

I can’t put it any plainer than that.

Please understand: The falsely labeled “Inflation Reduction Act of 2022” is not a trial balloon

It is not a test case.

It is not feint, shuck and jive to see if anyone will take too much notice or maybe get a little up on arms.

This massive political power grab -- with its $80 billion budget doubling the size, reach and range of the Internal Revenue service -- is the largest expansion of a government agency ever proposed.

And it is the largest expansion of the federal police state in American history.

Let me again put it bluntly, as someone who worked at the highest levels of Washington politics – with the lowest forms of rapacious rapscallions -- for more than 40 years:

The venal politicians in Washington who passed the phony “Inflation Reduction Act” are absolutely, resolutely lying through their teeth.
They know they are lying.

They know that you know they are lying.

And they just don’t give a good damn what you think or feel about it one way of the other.

The fact is, you know that’s the truth -- both in your head and in your heart:

A massive legion of 87,000 gun-toting IRS agents spread out across the US to apprehend and punish “tax offenders” is in no way, shape or form anything other than an authoritarian government’s declaration of war on the American people

And that is especially so when that cold-eyed, cold-hearted legion of armed agents is being hired with explicit instructions to shoot to kill in order to enforce their will: 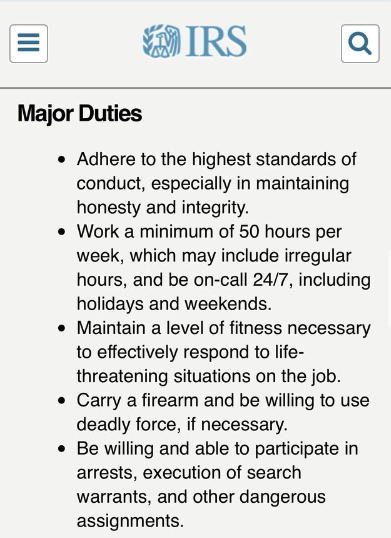 Now, of course, the government overseers and their lapdog lackeys in the mainstream media will tell you that the ad doesn’t really mean what it says.

Oh no, not at all, not in the slightest.

The 87,000 new armed IRS agents are just being sent hither and yon throughout the land to organize ice cream socials, dontchaknow?

Just as Hitler’s Gestapo was dispatched throughout the Reich to play the polka at Oktober Fests.

The American government has now become the political equivalent of Pinocchio.

It spits in your face and tells you it’s raining.

And, frankly, your best umbrella is an offshore escape.

How bad – and transparent – are the politicians’ prevarications?

Well, Connecticut Sen. Chris Murphy had the audacity to claim that the act was passed only to stop an "epidemic of tax cheating amongst the millionaires and billionaires." He further promised that "audit rates won't increase for anyone making under $400K."

That is a blatant lie.

Nothing in the act limits audits in any way, shape, or form. And, in fact, Murphy, along with every other one of his Democrat cohorts actually voted against a Republican amendment that would have prevented new agents from auditing individuals and small businesses with less than $400,000 of taxable income.

Not to be outdone in the duplicity department, West Virginia Senator Joe Manchin repeated Murphy’s $400,000 dissimulation. And he then threw in his own dissimulation, coming up with the contrivance that the 87,000 newly armed agents would only go after those “complicated, convoluted companies that we have never been able to” pursue due to a lack of resources.

Does anyone, anywhere actually believe that there is any individual, company, or toad in the road that the massive IRS wasn’t already going after with all of the zeal of Carrie White at a class reunion?

One has to assume that the aging Mr. Manchin has decided not to run for reelection in 2024. Or, that he thinks all of his constituents have the intelligence quota of Jethro Clampett.

(And, oh, by the way, after voting for the phony Inflation Reduction Act, Joe then openly admitted that it will do absolutely nothing to actually curb inflation. But, of course, that really doesn’t bother him all that much – since he has a net worth of $12 million.)

Let’s just put Big Government’s Big Lie about the wonderful IRS only audting wealthy miscreants to bed once and for all, shall we?

The politicians know very well that their new 87,000 armed agents are not really going after the Big Money makers. They are going after average, hardworking, low- and middle-income Americans who already have to work themselves to the bone just to scrape by as it is.

In 2021, the IRS reportedly audited those making $25,000 or less at a rate five times higher than everyone else.

The liberal publication Vox not long ago conceded that the IRS tends to target the “working poor.”

And in a recent ProPublica article, Paul Kiel and Jesse Eisinger revealed that recipients of the earned income tax credit (EITC) — one of the US’s biggest anti-poverty programs, aimed at helping the working poor — were twice as likely to be audited as people earning $200,000 to $500,000.

In passing the bogus “Inflation Reduction Act,” the politicians in Washington lied to you once again.

And they knowingly did it with the full knowledge that you would know that they were lying. And they quite simply didn’t care.

So, what is the real purpose of the subterfuge?

Well, perhaps, Old Joe’s former boss – the man who elevated the notoriously incompetent, dishonest, and smarmy Mr. Biden to a heartbeat away from the presidency in the first place – spilled the beans in an alarming campaign speech when he first ran for the top spot way back in 2008.

Clearly Mr. Obama’s -- and now Slo Joe Biden’s -- “national security objectives” include sending a legion of armed IRS soldiers – nearly as large as the United States Marines and with twice the funding -- into average American homes all across the country to brutally punish those who forget to dot an “i” or add a zero.

It is nothing short of endgame oppression.

It is the ultimate establishment of a “strong,” “powerful,” and out of control police state.

And, frankly, you might want to strongly consider not sticking around for its ultimate denouement.

In short, it is high time for you to put your Plan B Escape Route into place – and do an end run around the endgame.
tax by The New York Public Library is licensed under unsplash.com