It Occurs To Me 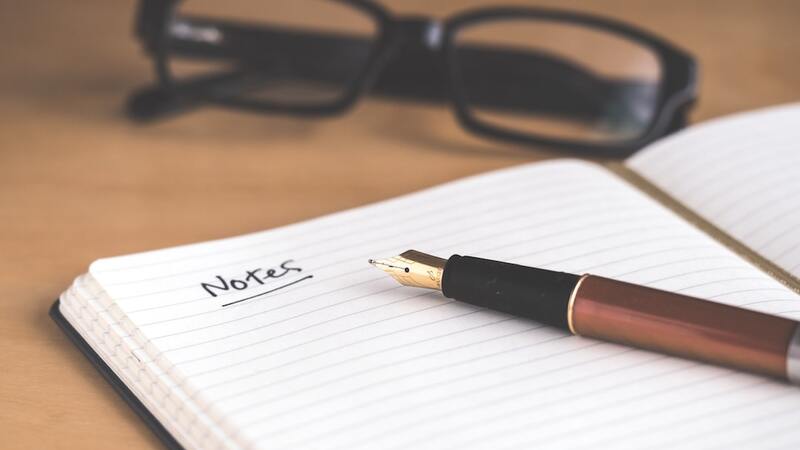 Notes by David Travis is licensed under unsplash.com
Years ago, when my dad was the Methodist minister in the tiny town of Williamsport, Maryland (right before we made the move to Baltimore City), I was an avid Washington Senators fan.

By way of clarification, let me hasten to add that long before the Nationals came on the scene, way back in the 1950s, Washington had a team called the “Senators” -- that the cursed Calvin Griffith moved to Minneapolis.

Being a Senators fan, I couldn’t wait each week to read my favorite sports column, penned by the award-winning Bob Addie – he of the red socks, dark glasses, and unabashed home team bias… despite the fact that said home team was perennially mired at the rock bottom of the American League standings.

Bob’s columns always started out, “It occurs to me…” – an introduction that allowed him to roam far and wide as he shared his thoughts about the town and team he so revered.

I loved the free flow style and the opportunity it provided him to offer a diverse range of salient sentiments, without getting tied down to or caught up in any one tedious topic (such as why the damn team could never seem to finish above .500).

So, with your kind permission, henceforth, about once a month, I would like to borrow from Bob to range far and wide about our favorite mutual topic – making the move to the good life at a great price in the sun, sand, and surf south of the border.

And let’s see if you share my own diverse sentiments as they relate to you making your move down under.

It occurs to me…

And I can assure you, that will continue to be the case, because in truth, America’s pampered, protected ruling elite quite simply couldn’t care less. Which, btw, goes for the professional politicians on both sides of the Congressional aisle. After all, why should they care? Their average net worth is about $7,000,000 – and they surround themselves with armed guards. How’s that for egalitarian “representation” of the everyday American?
Plus, think about this: The average income in Central America is about $2000 to $3000 a year. Which means that, if your retirement income, or your remote working salary, totals that amount (or more) a month… Well, do the math: You can live like a prince or princess there – rather than a pauper here!
For the wealthy elite in the MoPo mix, that means Wall Street makes billions, while Main Street goes broke. And for the political elite, it means issuing  a plethora of tyrannical new “Executive Orders” and passing myriad new laws, rules, and regulations restricting and restraining every move the average American makes – unless, of course, he or she cries, “Big Brother may I?”... and pays whatever additional tax or tariff the politicians impose.

Plus, your new home south of the border will be better built with top-quality materials. So, no more vinyl siding, plywood prefabs for you that go up in a day and spring leaks in a year!

You see, for politicians, racial division is not just a matter of divide and conquer – it is all about divide and oppress. The more divided you are, the more power they wield. So, they have weaponized crime by keeping the races at each other’s throats in order to keep themselves in charge.
Not so in Latin America, where people are still judged by “the content of their character rather than the color of their skin.” So, the politicians can’t play the race card – from the bottom of the deck. And in countries like Nicaragua, the violent crime rate is actually lower than that in the US.
Want to go to a ballgame where the players don’t deign to desecrate the flag, accuse you of “racism,” or support BLM thugs? Well, in Honduras, Nicaragua, Guatemala, El Salvador, Uruguay, Paraguay (I could go on, but I think you get the picture) sporting events are still full-fledged, fun-filled games rather than political rallies. Because, you see, in the Spanish language, “Desportes son divertidos.” Enough said.
And as to elitist Hollywood celebrities and their Pecksniffian holier than thou preening and posturing… Well, in Latin America those who make a living pretending to be someone else (which, after all, is really what acting is all about, isn’t it?) do not feel entitled by the roles they play in their reel lives to tell the rest of us how to live the real world. Kind of refreshing, isn’t it?

So, there you have it.

That’s what occurs to me today. And, because I am honored to receive your emails and phone calls/text messages on a daily basis, I know it occurs to a lot of other Offshore Club members as well.

So, please let me know what you think about this once-a-month Clews Views format. And if you like it, let’s continue to do this thing, shall we?
Notes by David Travis is licensed under unsplash.com