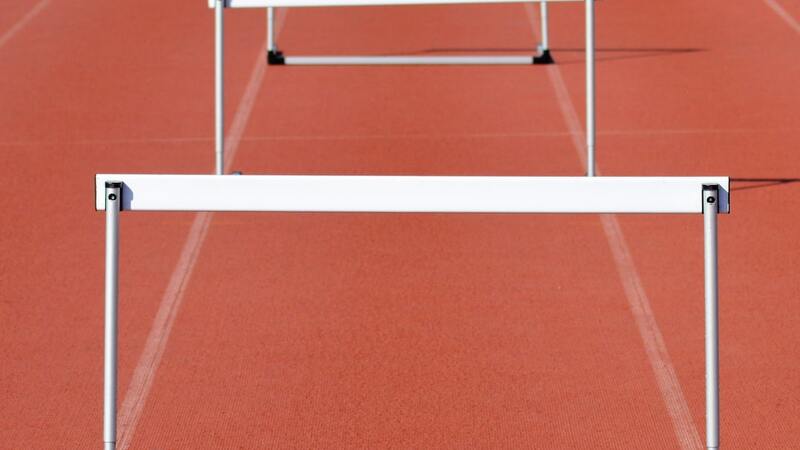 Hurdle by Interactive Sports is licensed under unsplash.com
The news out of Washington this week is that inflation has once again spiked – rising to a staggering 8.3% in August.

And, of course, the lapdog mainstream media have told us in lockstep unity that the inflation figure was entirely (or course) “unexpected.”

No one I know who shops for their own groceries, pays their own rent, tries to buy a home, or has to foot their own utility bills finds the inflation surge “unexpected.”

They fully expected the August upturn because they were already paying the inflated bills all month long every time they went to the store. And the truth is, they rightly expect things to get much, much worse in the months ahead (even if the political elite continue to deny it every step of the way) .

So, who are those folks out there who found the inflation spike “unexpected”?

Well. they are the same idiots who pushed through the bogus “Inflation Reduction Act” -- and told us that the US government adding an additional $740 billion to a bloated federal budget that is already $130 trillion dollars in arrears won’t devalue the dollar even more.

They are the same idiots who have run the government presses to the point where 97% of all dollars ever printed have been rolled off the presses in the past 20 months.

And they’re the same idiots who told us for nearly a year that there was no inflation… then when forced to admit it said it as “transitory” (whatever the hell that means)… and declared just a week ago that it had now “peaked” and was totally under control.

In short, they are the insolated, insulated, rich, and powerful Washington political elite – who aren’t affected one iota by the “unexpected” inflation they continue to trigger.

By that, I mean Sleepy Joe “You’re All Enemies of the State” Biden – who admits to a net worth of $14 million…

And, of course, the posturing, pampered members of the US Congress – whose average net worth is $7 million each. And rising.

They are the aloof and uncaring political elite who live their lavish Georgetown lifestyles – at your expense -- hobnobbing with only the rich and famous, jetting off to Davos, and all the while idly musing…

“Why, oh by gosh by golly, how were we supposed to know that the peonage was  working around the clock and squeezing every quarter until the eagle squeals just trying to pay their bills? Who wants to live like that anyway?”

The truth is, of course, that the skyrocketing inflation is not the only sign that the US economy is in the dumpster – and getting worse by the day.

Paging Joe and Janet: Does that really sound like “the strongest economy ever” that you keep blathering on about?

But, but, but, the recession deniers insist, employment is really real, real high – and that means “Happy Days Are Here Again”!

Well, how about the announcement by America’s major manufacturers that demand is so low, they expect to lay off about 50% of their employees over the next six months?

How about the announcement that 30% of small businesses owners expect to close their doors over the same period of time?

And how about the Inside 1031 survey several days ago revealing that that 49% of Americans now depend on credit cards to cover essential living expenses?

Does that sound like the strongest economy ever with “nothing but blue skies from now on”?

So, why am I sitting here siting this sorry list of sickening stats?

Firstly, because the American people are being lied to on a daily basis by the reckless, feckless political elite and a bankrupt government that refuses to stop its profligate spending and money printing –

The result of which, according to publisher and economic analyst extraordinaire Bill Bonner, is going to intentionally make “massive inflation and currency devaluation… government policy from this point forward.”

If you are a hardworking Middle Class American, that is going to destroy you.

Which brings me to the second reason I bring all of this up: I think it is vitally important for you to get out of the dollar and diversify your portfolio to include at least one offshore property.

(The truth is, I really think it is high time for you to diversify yourself and actually move to an offshore property. But, I will leave that discussion to a later time.)

I urge you to at least consider making an offshore property investment your safe haven – for two very important reasons.

Both are critical to your economic survival. Particularly as Washington’s globalist political elite continues to tank the US economy, as the dollar continues to decline in value, and as the BRIC nations displace the greenback as the world’s reserve currency and Saudi Arabia inevitably jettisons the “petro dollar.”

So, where should you invest offshore – in order to reap the maximum benefits from both long-term appreciation and continuing cash flow?

I can sum it all up for you in a single chart that I call the “Mike Cobb Investment Return Curve.”

Mike Cobb – aka, the “Offshore Investment Oracle” – is very likely the world’s leading investor in offshore properties. Together with his partner, Joel Nagel – the “Offshore Assets Protection Oracle” – they have invested in and developed five of the Caribbean’s most beautiful – and successful -- residential resort communities.

So, they know of what they speak.

And here, in a single chart, is where Mike Cobb says the smart money is now going: 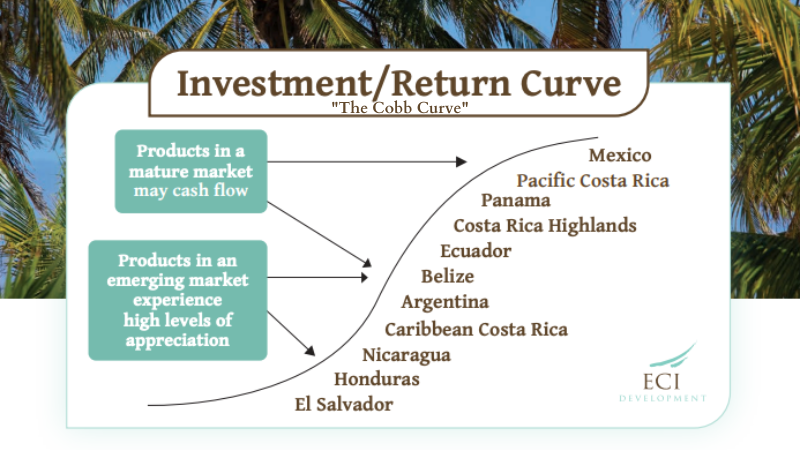 So, now it’s up to you to make your choice…

Do you want “high levels of appreciation”…

Whichever you choose, here is my bottom-line advice. And let me add a #4 if I may: Go ahead and make your own move to the Latin American home of your dreams – and buy a second one for appreciation and/or cash flow, as well.

Whatever you do, do it now, rather than later – before the government continues to crash the US economy and drain your personal bank account until it’s too late to get out.

Then, you can sit back with pride in the sun, sand, and surf south of the border counting your cash and knowing that you have successfully anticipated and overcome the political elite’s next intentionally engineered financial catastrophe…

“Unexpected” though it may be.
Hurdle by Interactive Sports is licensed under unsplash.com