Plan B – or Exhibit A: Now the Choice is Yours 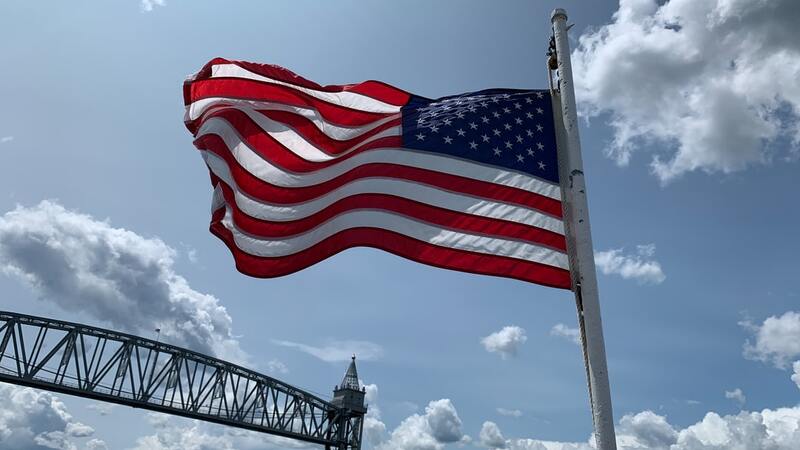 USA Flag by Lindsay is licensed under unsplash.com
We now live in a Banana Republic.

All politics aside, as of August 8, 2022, the United States of America is no longer a citadel of freedom.

It is a quagmire of oppression.

And my primary advice to you at this point is to – please – consider making putting together your Plan B Escape Route now.

Because Big Brother is not only watching – he is making notes, taking names, and indicting and arresting any and all who dare to utter a single word of even the mildest dissent against the officially approved government narrative.

Well, even as I write, some 640 patriotic citizens sit in the American Gulag – in the Nation’s Capital, no less – because they exercised what once was their Constitutional right to gather in protest of what they considered a stolen election.

Their “crime,” at worst, was trespassing on public property – the merest of misdemeanors -- until a willful, vindictive ruling class decided to make it a major felony subject to the most draconian of Patriot Act punishments.

But, some may say, that is only an isolated incident. Otherwise, all is well.

Not so fast, my friend.

Early in the current president’s administration – in fact, as one of his first official acts in mid-2021 – Joe Biden issued a White House NSC dictate ordering that anyone who harbored (and I quote) “anti-government or anti- authority” sentiments could be arrested as a domestic terrorist under the Patriot Act…

Whereupon they would be summarily stripped of all legal rights previously protected by the Constitution, jailed without formal charges, stripped of the right to representation, and denied the right to a fair and speedy trial.

Then, of course, there was the declaration by the Biden Department of Homeland Security that it was establishing a “Ministry of Truth” to monitor -- and censor -- every word any American posts on social media.

Oh yes, once exposed to the light of day, that horrifying 1984ish edict was ostensibly abandoned…

But, please, do not be deceived.

As the sicherheitsdienst overlords know full well, the government’s PRISM operation already collects all of that data, so that they can be easily access it all at the mere push of a button.

And, on top of that, my sources in Washington tell me that the DHS “Disinformation Governance Board” (as they called their Ministry of Truth) may have been officially disbanded…

But, it is actually alive and well, thank you, being covertly resurrected and reestablished in an even more pervasive and oppressive form.

Yet, even all of that – as mind-numbing and bone-chilling as it is – pales in comparison to the August 8 FBI raid on the home of former President Donald Trump.

For with that single unprecedented, military-style assault, the ruling regime transmogrified America from being “the land of the free and the home of the brave”…

Into being the world’s largest, most ruthless, reckless, despotic and despicable Banana Republic…

Now rotten to the very marrow.

Here, in large part, is Donald Trump’s statement issued even as the Biden FBI swat team stormed the former President’s home – and whether you like Trump or not, whether you love him or loathe him, what he says below is irrefutable and chilling to the bone:
“These are dark times for our Nation, as my beautiful home, Mar-A-Lago in Palm Beach, Florida, is currently under siege, raided, and occupied by a large group of FBI agents.

“Nothing like this has ever happened to a President of the United States before. After working and cooperating with the relevant Government agencies, this unannounced raid on my home was not necessary or appropriate.

“It is prosecutorial misconduct, the weaponization of the Justice System, and an attack by Radical Left Democrats who desperately don’t want me to run for President in 2024, especially based on recent polls, and who will likewise do anything to stop Republicans and Conservatives in the upcoming Midterm Elections.

“Such an assault could only take place in broken, Third-World Countries. Sadly, America has now become one of those Countries, corrupt at a level not seen before.”

Easily enough to turn your head.

More than enough to turn your stomach.

Please understand: This column is not about politics.

It is about freedom.

Just think what they would do – and are doing – to the rest of us.

In short, the sun, sand, and surf of Central and South America – where you can still be and breathe free – now looks better than ever, doesn’t it?

So, again, I urge you: It’s high time to make your Plan B…

Before you end up as Exhibit A.
USA Flag by Lindsay is licensed under unsplash.com