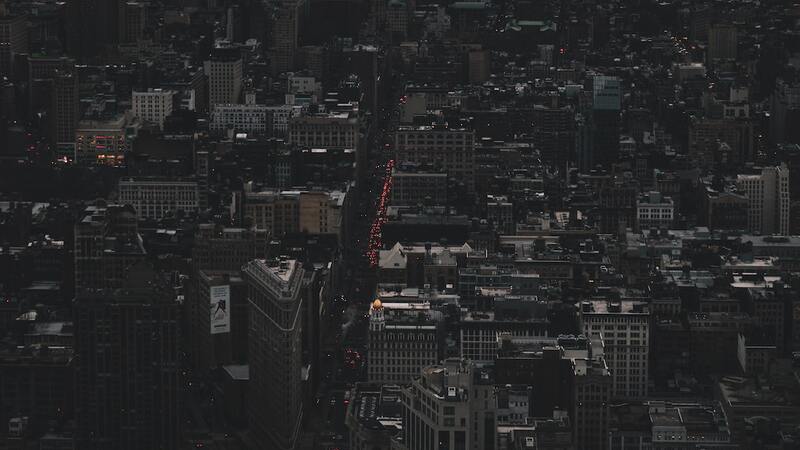 united states by Nick Night is licensed under unsplash.com
I received an interesting call earlier today in response to a column I wrote for the wonderful monthly magazine Escape Artist Insider. And I herein wish to share my reply to that response, in hopes of possibly striking a resonant blow for your freedom.

Escape Artist Insider, I should mention, is the #1 monthly magazine in the offshore marketplace. It is edited by the multi-talented Charlotte Tweed (the outstanding host of your Offshore Club’s weekly podcast Charlotte’s Wandering Web). And I heartily recommend Insider  to anyone even remotely thinking of exfiltrating America…

Which I heartily recommend to anyone and everyone who once again longs to enjoy living free of burgeoning government mandates and dictates, skyrocketing taxes, political divisiveness, and a collapsing economy, Morlocks, and Eloization of America.

Okay, back to my inquiring caller and newfound friend and his reason for tracking me down and ringing me up. I believe you’ll find it interesting.

The caller was bepuzzled by my insistence that Americans moving to Central America will find enjoy a greater degree of “life, liberty, and the pursuit of happiness” there than they now do here in the US of A.

“Carter,” he remonstrated, “maybe you don’t understand that most Central American countries are run by despicable despots, ruthlessly lording it over their huddled masses, stealing everything in sight, and ruling their countries by executive decree!”

“Well,” I replied, attempting to walk him back off of what I considered an unwise and unwarranted ledge, “I think you may be caught up in a bit of a time warp there. I’m not sure any Latin American el presidente” warrants that portraiture since Danny and the Sandinistas disposed of Anastasio Somoza.”

I then added, perhaps forlornly, “In fact, I think you entirely missed my point.” Very likely because I had not made it sufficiently clear.

So, please allow me to attempt to do so now…

The fact is, that should you be so fortunate – and prescient – as to escape America and take up residence in a Central American country (which I have done before and hope one day soon to do again), you will not be subsumed among my caller described as the “huddled masses.”

Quite simply, that is because you are a gringo (ˈgriŋ-(ˌ)gō), defined by the authoritative Merriam-Webster online dictionary as “a foreigner in Spain or Latin America especially when of English or American origin.”

Two quick thoughts about that latter point if I may: The fact is, once you make your move south of the border, you should wake up every single day thanking the “God of your understanding” (as we say in my favorite 12-step program) that you are a “gringo”…

Because that instantaneously and incontrovertibly makes you one of the wealthy, privileged, caressed, and cossetted elite in the Central American country of your choice (pick one) where you will have more money in your pocket on a daily basis than most of the indigenous populi (IP) make in a month.

All of which means that you can routinely go where the IP normally can’t… you can regularly do what the IP generally don’t (and very often, don’t care to)… you can eat the food they eschew… you can (if you so desire) abide in abodes they would likely consider more than a little ostentatious… you can drive the cars that blow past their bikes… and…

Well, I think you get the picture, don’t you?

Let me put it simply: You are to them what Bill Gates is to you.

Which means you will no more live under the same compunctions and restrictions, economic deprivations and government hegemony there than Bill Gates does here.

Of which you will not be one.

Let me sum it up: Even the supposedly most “despicable despots” in Central America (of which, frankly, there really are none) will treat you deferentially because (1) you are not a threat – you can’t even vote, let alone stage a revolution, and (2) you are one of the favored “1%,” who, in any country quite simply do not bear the burdens of the huddled masses (aka: in the US, the now targeted and tortured Middle Class).

Now, to help put into perspective (as I attempted to do with my caller) what your life will likely be like in Central America, reference if you will, H.G. Well’s timeless classic The Time Machine (and subsequent novels and movies built around the original.

In the allegory, the Morlocks evolved from minor social classes, who live beneath earth's surface, while the ascendant class of society lived in high houses and evolved into Eloi. Eventually, the Morlocks turn the tables to rule and hunt Eloi, who have devolved into uneducated, and uncultured descendants of the human race. The Eloi are clothed and fed by the Morlocks, and the Morlocks consume the Eloi as a food source.

Not a very enticing story, is it?

And when I told the caller I referenced earlier about it, he mistakenly thought I was providing an analogy as to how the “huddled masses” (the Eloi) as he characterized the poor in Central American countries, are treated by the “despotic dictates” (the Morlocks).

It was then that I had to inform my friend that he had, as the British say, “the wrong end of the stick.”

My analogy had little or nothing to do with the social and economic dynamics of Central American countries. And it had everything to do with what is increasingly (and rapidly) becoming the politico/socio/economic reality in the formerly free United States of America.

Please allow me to elucidate.

In the US today, the Morlocks are the political elite. Whereas once upon a time, they were considered public servants at best and a public nuisance at worst (Teddy Roosevelt’s family nearly disowned him for pursuing politics), they have now turned the tables and become the rapacious ruling class.

They have systematically, over a period of seven or eight decades deliberately destroyed the free-market system, undermined parental control of education, and aggrandized massive power unto themselves.

Through cunning duplicity and outright oppression, they have increasingly turned the members of the once proud Middle Class into shadowy shells of their once proud and independent selves. And they now voraciously devour the American Eloi and their earnings.

In Central American countries, those in office simply haven’t had the political leeway, the technological apparatus, or the financial wherewithal to effect such a devastating destruction of their own societies.

Especially when the alternative is to sit here hopelessly and helplessly in the US as the corporate and political elite (the “despicable despots”) continue to eviscerate the most basic of individual freedoms and decree that the Eloization of our own huddled Middle Class masses continues unabated or abridged...

Yes, unfortunately, including even you.

And, as I told my friend the caller, I just don’t want to see that happen.
united states by Nick Night is licensed under unsplash.com