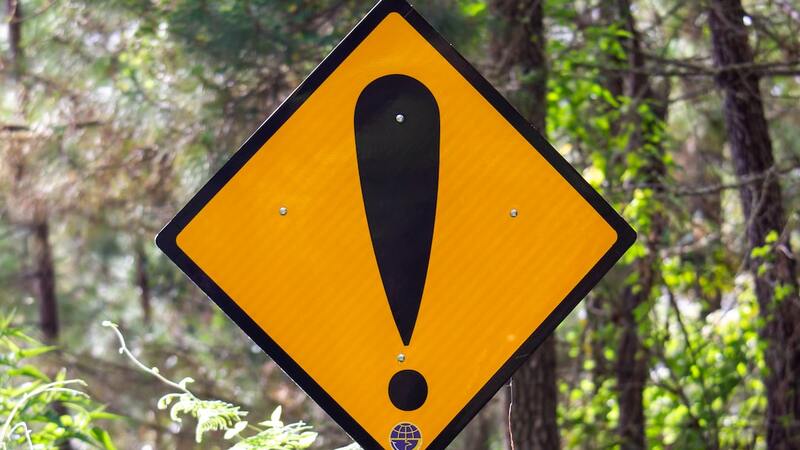 Warning by Muhammad Daudy is licensed under unsplash.com
Any regular reader of Clews Views knows that I am eternally optimistic – even Pollyannish, perhaps – about “the good life at a great price” in the emerging Mecca States of Central and South America.

Countries like Panama, Costa Rica, Nicaragua, Uruguay, Paraguay, Ecuador, and even El Salvador now offer a higher quality, lower cost lifestyle than much of the United States. In short, you can live cheaper, better – and, at this point, freer – in many countries south of the border than in Joe Biden’s America.

No rhetoric. Just reality. Check it out. Or, better yet, move in.

All of which is the reason I am almost loathe to write this week’s Clews Views.

Because for the first time ever, I have to give you a “Stay Away Warning” about one of the South American countries for which, until recently, I held the highest of hopes.

I refer, unfortunately, to Colombia – a country of breathtaking beauty, endless miles of pristine beaches (both on the Atlantic and the Pacific), warm-hearted people, and a low cost of living that would allow you to live quite safely, securely, and well on $2000 to $3000 a month.

As of this moment, I am advising you to back drawer all of those merits… to forget the pluses and focus on the one, major, overwhelming, undermining, and almost inconceivable minus.

To wit: Columbia has just elected a radical Marxist president.

And he has pledged to deliver that country into the very depths of a socialist hell.

To fully understand where Petro intends to go, one must first understand where he has been.
And the fact is, Gustavo Petro started out his political career as a top leader of the violent urban guerilla group M-19.

With Petro helping to steer its course, M-19 fortified its forces by burrowing a tunnel under the Canton Norte headquarters and stealing 5,000 arms. It hijacked the Dominican Embassy and held the ambassador and his staff hostage. And it seized the Colombia Palace of Justice in Bogota in the most infamous and bloody attack in the group’s gory and inglorious history.

Now, lest anyone be tempted to dismiss all of that as nothing more than past history, let’s remember the foreboding words of Shakespeare: “What’s past is prologue.”

Petro took the reigns of power in Colombia by pledging the type of radical social change for which he fought in M19. And almost predictably, within a month after he assumed office, the BBC ran a story headlined: “Colombia: Seven Police Officers Killed Following President’s Push for Peace,” adding in the lede, “The attack is the worst since the new left-wing president was sworn in.”

But that’s just the beginning. As if to underscore his apparent indifference to the use of violence to achieve one’s political aims, Petro, as one of his first acts of business, quickly dispatched his new ambassador Armando Benedetti (Petro’s former campaign manager)  to Venezuela to assure Maduro’s defense minister Padrino Lopez that what happens in Caracas stays in Caracas.

And it’s all A-OK. No problema.

Here's how the Miami Herald reported Benedetti’s antics:
Worse, Benedetti was quoted as saying in an interview with Bloomberg that Colombia’s former President Ivan Duque’s request for an International Criminal Court investigation into Maduro’s human-rights abuses had been “a mistake,” and that Colombia may withdraw its petition.

Such a step would have a concrete impact, because an International Criminal Court investigation was requested by several countries, and is already underway. But a Colombian withdrawal would be another major propaganda victory for the Maduro regime.

According to the United Nations’ High Commissioner for Human Rights Office, Maduro’s death squads are responsible for more than 6,800 extrajudicial killings just between January 2018 and May 2019. Political murders, torture and intimidation of political opponents in Venezuela continue today, human rights activists say.

As foreboding as all of that is, Petro’s plans apparently go far beyond condoning and, perhaps, even inciting violence. He fully intends to replicate the economic policies of his nearest neighbor to the west, the corrupt and destitute people’s republic of Venezuela.

Here’s how the Heritage Foundation, in its July commentary “A Marxist ‘Hurricane’ Threatens the Western Hemisphere,” summed up Petro’s plans – and very likely Colombia’s future:
Petro has promised to “democratize” unproductive private land—Newspeak euphemisms for land grabs—to redistribute private pensions, and to halt new oil and gas production (because he also understands that environmental extremism is another way to gut capitalism). He insists that he will not outright expropriate land but that the government will hike taxes on landholdings that it considers unproductive and that, if the owner can’t pay, he will forfeit it to the government.

Communists understand perfectly well what he means. The Marxist website “In Defense of Marxism” called Petro’s victory “a turning point in the class struggle of a country in which the capitalist oligarchy has typically played the role of executioner with impunity.”

There’s no use riding this horse into the ground – so let’s get to the bottom line:

Do not – repeat, do not – at this point in time even consider investing in, letting alone moving to, Colombia.

Do not risk your money (or your life) being drug down into the abyss as Gustavo Petro  turns that once inviting country into little more and nothing less than Venezuela East.

One day in the hopefully not-too-distant future, the good people of Colombia will regain their sanity and cast Petro and his Marxist cronies from office. After all, remember: the Constitution of that country limits the president to a single term.

But Marxist tyrants have a way of rewriting (or outright ignoring) constitutions and jettisoning term limits (as the rightly impeached Manuel Zelaya tried to do in Honduras).

So, play it safe. Stay far away from Colombia (and, of course, Venezuela) for the foreseeable future.

And you can enjoy the good life at a great price without risking your future at the hands of a willful Marxist who is already showing open distain for your private property and personal life.

Fair enough?
Warning by Muhammad Daudy is licensed under unsplash.com