To Seek a Newer World 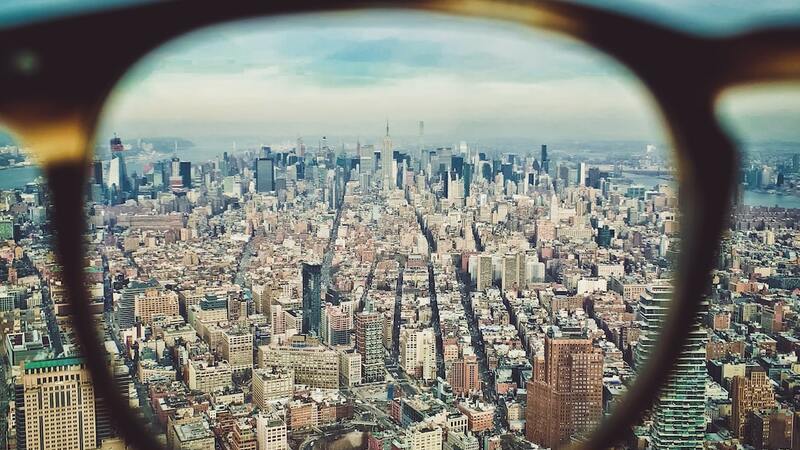 New World by Saketh Garuda is licensed under unsplash.com
Many, many years ago, while I was yet a young man, I worked for one of the greatest entrepreneurial marketing geniuses of all time. And it was his patient, painstaking mentorship that eventually led to the creation of the Offshore Club.

His name was Mike Lasky. And to this day, I have never seen a more fertile mind.

Mike “invented the modern sports handicapping industry” (to quote Larry King), taking it from two-bit tip sheets at the racetrack gate to a $20 million a year industry. And he created the legendary “Psychic Friends Network” – the only billion-dollar infomercial in TV history.

One day, I asked him, “How do you keep coming up with these things?”

And his answer conveyed a salient lesson for every one of us who is even remotely ready to “seek a newer world” in the sun, sand, and surf of Central or South America.

“Cahta,” he opined in his resonant Brooklynese, “Ya gotta understand – I don’t have a rearview mirror on my cah.”

That, alone, said it all. And it set the example for every endeavor I was to undertake for the rest of my life – including urging Offshore Club members to throw off the shackles of the past (as enticing as some may be) and set your sights upon the future.

Mike came from nothing – and achieved his every dream. In so doing, he helped form and fashion the dreams of all around him. And bring them to fruition.

Which, of course, is the selfsame purpose of the Offshore Club… To help its members, in the words of Tennyson from his poem Ulysses, “To sail beyond the sunset, and the baths of all the western stars, until we shall touch the Happy Isles”

But, actually, just as real as it is rhetorical.

And the key to it all is taking our eyes off of the rearview mirror – and focusing, instead, on the paradisical panoramic that lies ahead.

But, enough with the broad strokes. Let’s get down to the brass tacks.

Let’s take an up-close, no-nonsense look at some of the rearview mirror myopic constraints that hold us all back from time to time – and see if, perhaps, we are not imprisoning ourselves in a Potemkin paradigm that makes what appears to be an essential good the absolute enemy of the very best.

Okay, then -- and please remember that we are going to get concrete here… and reify down to the nitty gritty. So, let’s look at some real-life examples

One of the constraints I often hear from those reluctant to make the move south (particularly guys) is that they would miss the fun of being a sports fan. One can almost see the wanderlust in their eyes as they wax poetic about rooting for the Redskins (whoops, sorry)… cheering on the Cleveland Indians (oh, excuse me)… or watching  the Oakland (no, make that Los Angeles… no make that Las Vegas) Raiders.

As a former lifelong, diehard, “inside insane asylum” (as Memorial Stadium was called) Baltimore Colts fan, I can tell you from excruciatingly painful experience that today’s professional sports teams (and players) have absolutely no loyalty to their cities or their fans. (In fact, my heart still bleeds for Hilda Chester, the official bell ringer for the Brooklyn Dodgers.)

So, why should today’s fans have any loyalty to them.

But, just in case they do – and I can fully understand the sentiment – allow me to make a suggestion:

In the day and age of the internet, remember that you and your fellow fans can follow your favorite team just as closely from 1,000 or 2,000 miles away as you can from your stateside rocking recliner.

Then, take a look at this – my favorite website for my favorite team, the Green Bay Packers (yes, I am a “Cheesehead, though I live 886.1 miles away from Title Town, in York, Pennsylvania).

Notice the number of “Packer Transplant” fans? A whopping 25,000! And I can assure you that wherever they are (including Central or South America), they do not miss out on a single play – or the exquisite fun of being a fan(atic).

Bottom Line: When it comes to enjoying your favorite sports team, rock band concert – or, heck, even backgammon league game – you don’t have to be here to be there!

Now, let’s get a little more serious, shall we? (says someone who used to consider Johnny Unitas the other begotten son).

Quite understandably, I get a lot of emails and text messages from Offshore Club members who are worried about making new friends in a new locale – especially a locale in Latin America thousands of miles away from “home.”

I tell them that no matter where you go throughout the incredible 7.412 million square miles south of the US border from Mexico to Tierra del Fuego, Argentina, you are going to quickly find new friends with a deep-seated commonality of interests.

So, don’t look back. Look forward. And around.

I’m going to give you an example now – one that will resonate with about 70% to 80% of our Offshore Club members. And even for those with whom it doesn’t, I think you will get the point, and can apply it to other areas of interest.

Let’s say that you are a devout Christian -- or even a Muslim, Jew, Buddhist (or, whatever your choice) who nonetheless believes in the Golden Rule, Good Samaritan teachings of the Christian religion. All of which, I think we can all agree, if followed properly by those who profess them will help immeasurably to guarantee “peace on earth, goodwill to men.”

Well, the truth of the matter is that once you turn your eyes from that rearview mirror and turn them, instead, to those around you in Central and South America, you are actually going to find more new friends among fellow worshippers than you could ever hope to find in today’s US of A.

Okay, according to Statista.com, “Currently, about three-in-ten U.S. adults (29%) are religious “nones” – people who describe themselves as atheists, agnostics or “nothing in particular” when asked about their religious identity.”

And how does that compare with the folks you are going to find in the Latin American country of your choice?

According to the Pew Research Center, if your commonality of interests includes following Christ, for the most part, and even overwhelmingly, you are going to be very, very happy with your fellow travelers.

I guess that’s what Moses meant when he wrote, “The LORD replied, “I will personally go with you, and I will give you rest—everything will be fine for you.”

Now, again, I am just using religion as an example, to suggest that whatever your chosen “commonality of interest” is, you are going to find ample people throughout Central and South America who share your interests, your commitment, and your enthusiasm.

It’s all a matter of seeking them out and drawing them in.

Finally, let’s take one more example that I know weighs heavily on the hearts of many who are considering “wiping the dust from your feet” and making your move south of the border
People sometimes say to me, “Carter, I just hate to leave behind the old neighborhood.” And as a guy who grew up back when old Baltimore was a city of neighborhoods knit together by unbreakable bonds of loyalty and love, I can understand that.

But the truth is that, almost without exception, in the US today, there are no more neighborhoods. The communal bonds have been broken. The loyalty has been abandoned. And the love has been long since lost.

Let me put it bluntly: The federal, state, and local governments, with their Section 8 housing, their skyrocketing taxes, their brutal abandonment of local schools, and crushing of the working class have deliberately destroyed the very fabric of the old neighborhood. And left naught but ruins in their wake.

I wish I could say that Union Square is an exception to the rule. But, you and I both know that it is not. It is typical of every single American city today. And more and more small towns throughout the country.

But let not your heart be troubled. Be of good cheer.

Because all throughout Central and South America – in cities and towns, in rural, suburban, and urban areas, quaint communities still exist. And neighborhoods are intact, thriving and inviting you to return to those golden days of yore.

On the left is the gorgeous residential community of Gran Pacifica, Nicaragua. And on the right is the quaint town of Cotacachi, Ecuador (population 8000, with 100 expats): On the left is the shimmering, safe, serene, cosmopolitan city of Montevideo, Uruguay. And on the right is my home in the beautiful, pristine resort community of La Ceiba Beach Club Honduras. So, now the choice is yours.

The old, or the new. The past, or the future. Just getting by, or a brave new world.

And as you contemplate it all, consider if you would the character of Tennyson’s  protagonist in his poem Ulysses, as aptly described in the excellent Toppr.com analysis:

He wants to make the most of the life he has left. He does not consider mere breathing as living. He is grateful for being alive, so he feels that there is always something more out there for him to enjoy.

Ulysses finds it shameful to be idle for even three days. He is done with storing himself away and watch his hair turn white. He still yearns for knowledge and ways to gain it.

Yes, perhaps it is time for you to seek a newer world…

Or, as Mike Lasky would put it, “Ditch the rearview mirror. Full speed ahead!”
New World by Saketh Garuda is licensed under unsplash.com